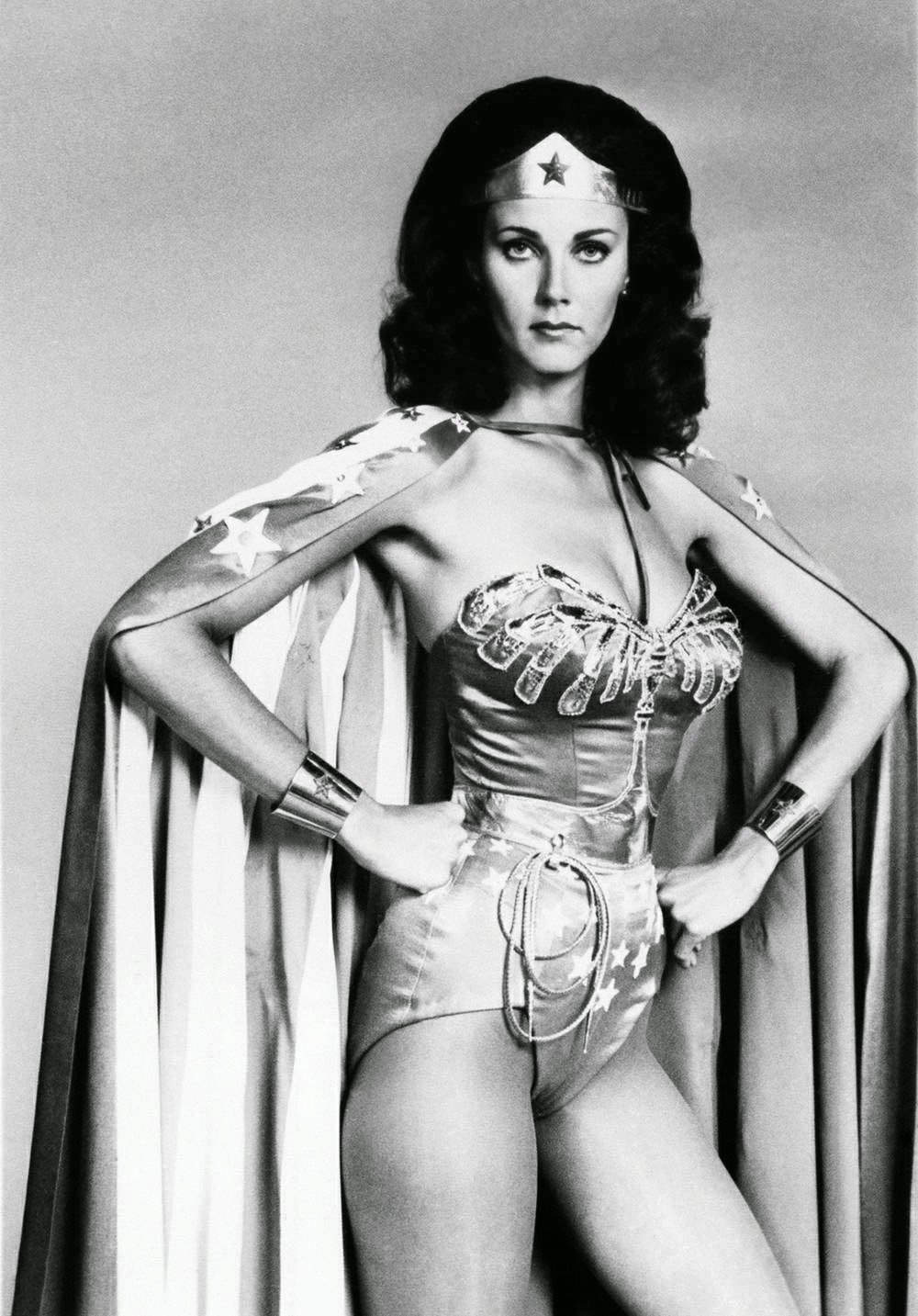 
When budding actress Lynda Carter took the television role of a DC Comics heroine in the Wonder Woman series (1975-1979) she became inextricably linked with the lasso-weilding, bullet-stopping Amazon Princess.

This week Bally Technologies unveiled two Wonder Woman slot machines featuring Carter’s image (and action scenes from the TV show) at the Global Gaming Expo. We talked briefly with Carter, who appeared for the unveiling—and, by the way, looks exactly the same.

When you took this role, did you have any idea that it would be such a significant part of your life, that you’d still be discussing Wonder Woman decades later? No. I thought that Wonder Woman would be a big hit, but it’s a long time. I am so grateful that the Bally people brought this up, because it brings Wonder Woman to life in a whole new way, and I am just so thrilled.
There are very few characters that endure for as long as Wonder Woman has.

You’ve had a long career. You were a singer before playing Wonder Woman, and you’re a singer now. Have you ever tried to distance yourself from her or have you just embraced it? I could not distance myself from Wonder Woman if I wanted to. It’s ever present in my life, and it would be way too much work to try to do that. I’m all about embracing what is.

She’s a much-adored feminist icon. What do you love most about Wonder Woman and about playing her? Her goodness. I love her kindness, her empathy, her goodness and the fact that her whole thing was about fighting for people who cannot fight for themselves. She battled inequality in her own way. And part of what we did with Wonder Woman in her second season is—I didn’t want to play the dumb alter ego.

And then there’s the nonviolence. It’s the lasso of truth. Let’s forget the B.S. Let’s just get down to it. I’m going to make you do this. It won’t hurt. Don’t worry about it.

As a teenager, you had a band and played the Sahara. What was that like? Yes. I was 17. They thought I was older, and I gambled until the pit bosses found out and they about had a heart attack, and they dragged me away and said, “Oh my God, we could lose our license.” So then I had to go through the kitchen. But on my way here for this, I went through the kitchen.

Even back then you didn’t think to pull a premonitory, “Do you know that I will be Wonder Woman someday?” No. I always thought I could do anything.

You talk about Wonder Woman and her fight for justice and equality. You’re a huge icon for the LGBT community and have served as grand marshal for gay pride parades. Why is that? As the younger generation believes now, “What is the big deal? What does it matter to you? This is none of your business.” Let people be who they are, love who they want to love. It’s just big bullies trying to control people’s lives in the name of religion, and we all know how that’s gone in the Middle East. It was not a leap for me to support equal rights for everyone.

She first appeared in a comic book in 1941 as a heroine fighting the Nazis.

She travels by invisible plane, which moves undetected at supersonic speeds.

Gal Gadot will play her in the 2016 film Batman v. Superman: Dawn of Justice (but preliminary art from the film shows her wearing a costume that looks more like Xena the Warrior Princess’).

If you want your ex-girlfriend or ex-boyfriend to come crawling back to you on their knees (no matter why you broke up) you must watch this video
right away...

(VIDEO) Why your ex will NEVER get back...