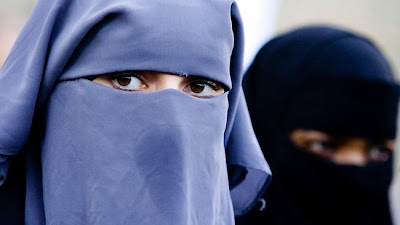 ISLAMIC leaders want Muslims in Australia to get interest-free loans for religious reasons.

The nation's Islamic leaders want recognition of sharia law as it applies to banking practices, according to an exclusive Herald Sun survey of imams.

There was also a call for recognition of sharia law as it applies to family law.

Should Australia recognise some aspects of sharia law? Have your say below

The survey showed some imams are sceptical that Osama bin Laden's death will be of benefit to ordinary Muslims, and they are unhappy with the way US forces disposed of his body.

The survey has also revealed:

STRONG condemnation of MPs who criticise Muslim women for wearing the burqa/nijab.

CONCERN that ordinary Muslims are still being linked to terrorism.

DISGUST that innocent people in Muslim countries are being killed in the "war on terror".

The survey was conducted in the wake of a $55,000 Federal Government training program for imams on Australian laws and values.

They have been told to preach core Australian values such as the fair go, freedom, and responsibility.
Imam Yusuf Parker, from the Alhidayah Centre in Perth, said Australia should consider recognising sharia law as it applied to finance and family law matters.

"Other than the two major issues mentioned, I don't see other sharia law that Muslims would seek to have legally recognised," he said.

"Islamic banking and the non-slavery of humans is a classic example. Interest is slavery," he said.

"That's a massive market ... we'd encourage the Government to seek ways to tap into that market," he said.

Imam Parker said bin Laden's demise might serve as closure for those convinced he masterminded the 9/11 attacks.

"But the reality is that the negative impact on Islam and Muslims has not changed, and it will take many decades for that to change," he said.

Sheik Burhaan Mehtar said the symbolic victory of bin Laden's death would remain hollow while people in nations such as Afghanistan suffered a "terror of death delivered from the skies" by the US and its allies.

"But we believe this is being broken down by the good work that members of both the Muslim and non-Muslim community are doing."

Sheik Mohamadu Saleem, a spokesman for Board of Imams Victoria, accused some MPs of trying to get political mileage out of the burqa issue. "It is mere political expediency," he said.

Victorian imam Abdinur Weli said: "If only Muslims are the people who are told what to wear, then it is discrimination."

...............Are they freaking kidding me with this?!?!!? Do they WANT to be hunted down by every other minority group in Australia NOT allowed to have what these people want???

..........Jesus Mary & Joseph........ these people are that rabid HORRID little percent of a group that has access to money and a big mouth - so they spew their hatred like bile-filled gobs of spit and stomach acid all over the rest of their community - bathing them with the same disgusting secretion and thereby labelling them as moronic and as extremist as themselves....

......Really - THESE MORONS (along with Ultra-Orthodox Jews) are why there continues to be a problem in the Middle East - and quite frankly it just makes me tired - I'm so bored with people like this I could use them as target practice and not have one little moral quandary about it at all.....

.......Now in breaking news - the very same Imams who want the tax free loans have just learnt that there was apparently this big collection of men and guns in a REALLY big tantrum called World War II - fought against a man who had the same very ideas of exclusivity.....

It puzzles me why ANY religious group would think that their laws & beliefs should be part of the laws in the country they have chosen to live. Religious laws and State laws should have nothing to do with eachother.

Curiously, THEY immigrate from their «own islamic paradises» to escape from those ISLAMIC LAWS and THEY want to rebuilt the same «f-laws» in their foster countries.
Here too in Canada we are fed up with those «religious» demands.

I just had a funny email describing every country where muslums are not happy. They are ALL those like Irak, Iran, Egypt etc....
AND at the end it says: they left those countries because they were not happy there AND they are trying to «impose» the same LAWS that they left behind here... They want to RECREATE it in their «adoption countries»...

WE must stop those «imbeciles»...
They don't have any rights to IMPOSE their religion in OUR countries.
TRY to DO the SAME in a MUSLUM country..
TRY to built a CHURCH in those places...OOOFF!!!

CHEERS from Montréal, Canada,
A free country....For how much long ...

Britain is exactly the same too politically correct. As JiEL says why do they leave their original countries, my thoughts are they want to convert the world to Islam.

First, interest free loans are available thru banks in Australia already. The truth is that most Australian muslims do not do it. So, their statement is odd at best unless you consider the fact that Australian monetary authorities require bank regulation and disclosure and several of the muslim banks do not want this so have not pursued it. HSBC for example has Sharia compliant home loans. As to the family law, church and state need to remain separate. The Koran, just like the Bible is far to open to interpretation of each imam and each sect of islam has their own slant. So, whose family law? The one where a child may be killed by the father for "dishonoring" him? I think not. Enough. Like those who want a Christian state, keep your belief on God to your church and show love and tolerance for all as is the first precept of both Islam and Christianity, then let us see how your "family law" translates into the world.