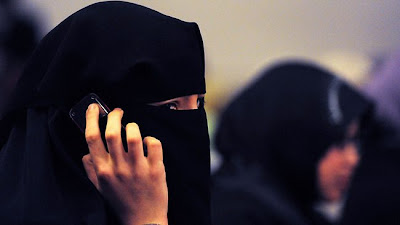 AUSTRALIA has long been a nation of immigrants - arriving to an attractive global image of sun, surf, bikinis, beer, barbecues and above all freedom to enjoy them.

Then there’s sharia – which for most conjures up quite the other thing.

A legal report set to be published on Monday says this shadow system – which in the public eye includes niqabs, burqas, polygamy, whippings and zero tolerance for a can of VB - is running parallel to the laws the rest of us wake up to.

The research by academics Ann Black and Kerrie Sadiq says a system of "legal pluralism" abounds in modern Australia, with religious ceremonies validating multiple wives or even underage ones.

It’s the second story in as many days pointing to a sharia underground where some groups are enforcing religious laws that may break our own secular ones.

In this case two men have been charged with breaking into a Muslim convert’s house and whipping him 40 times in his bed for allegedly having a drink.

Sharia is based on Muslim teachings in the Koran but is open to interpretation by different religious leaders – an extreme form is seen enacted by the Taliban in Afghanistan.

It has potential cultural conflicts with Australian law over points including alcohol, marriage and charging of interest on loans. While there has been a push to adopt sharia here the Attorney General says existing laws win out.

Here in the U.S. it's the state of Michigan, particularly around Detroit that is having the very same problem.


It irks me to no end that they think they can apply their own system of justice when we have a perfectly fine if not slightly broken system already.

Even here in my city we have a nascent Muslim population in the north end. I'm just waiting for the day.