Shalom and G'day All,

Soooooo I have been revisiting some of my fave Sci Fi movies and series, and I was specifically looking for those whose villains I enjoyed.

So here are MY top 20 villains.  And one FABULOUS honourable mention.

I'd be keen to hear about yours :) - your faves may prompt another blog posting of those. 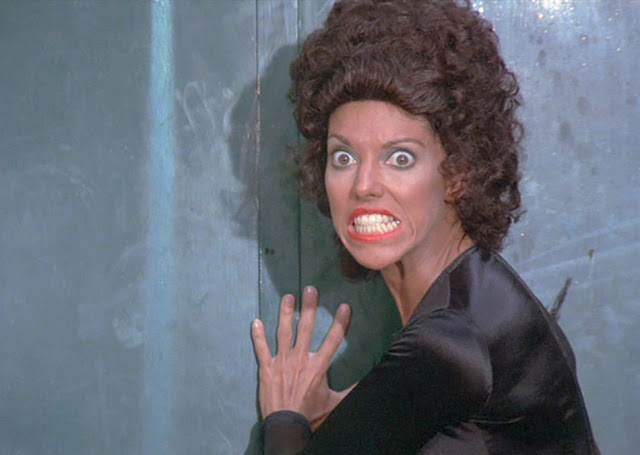 No 19. - The Lady Von Tassel from the movie Sleepy Hollow.
I love Miranda Richardson and she always delivers the goods when playing a villain.
And in this movie she did NOT disappoint. 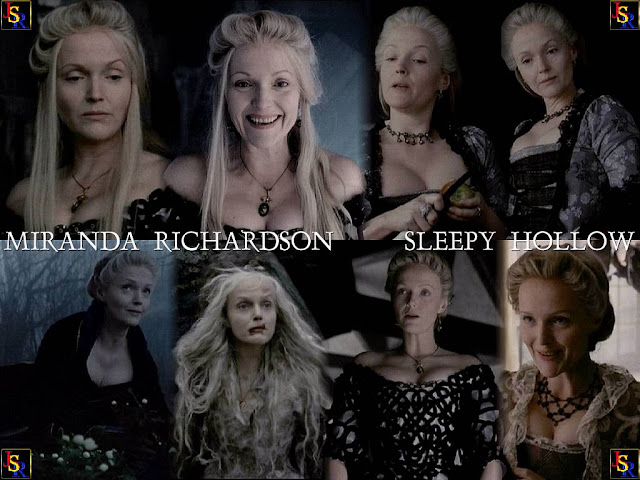 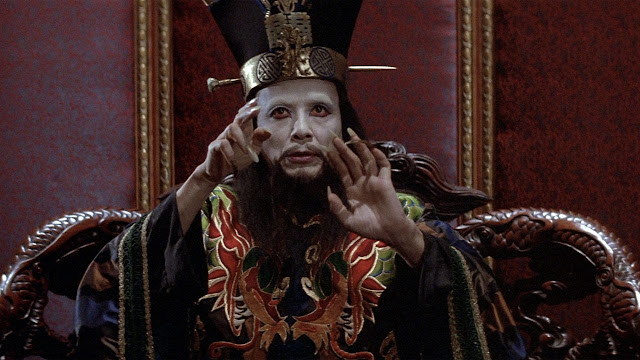 No 17. - Wilson Fisk from the TV series Daredevil.
Why so low on the list?  I love D'Onofrio's portrayal, but the character itself was an 'obvious' villain.
Saved only by the performance.
﻿ 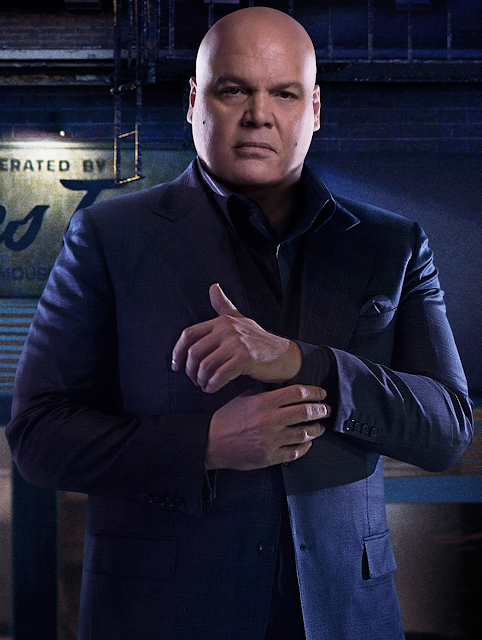 No. 16 - Ultron from the Avengers 2nd Movie.
Again, this was an ok character - evil version of Pinocchio really -
that was only saved by the velvet creepiness of James Spader's beautiful narration.
﻿ 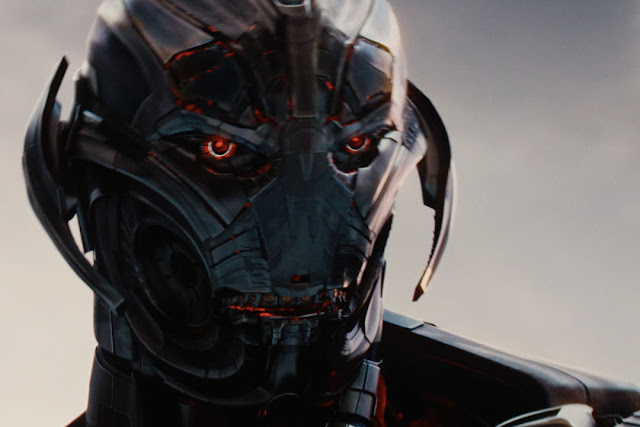 No. 15 - Vincent from the Underworld movies.
I don't mind saying that I went "wtf" when I heard him being cast in the Underworld film.
But when he began on screen - blessedly evil villain.  Which is what *I* want in my vampiric nobility :)
﻿ 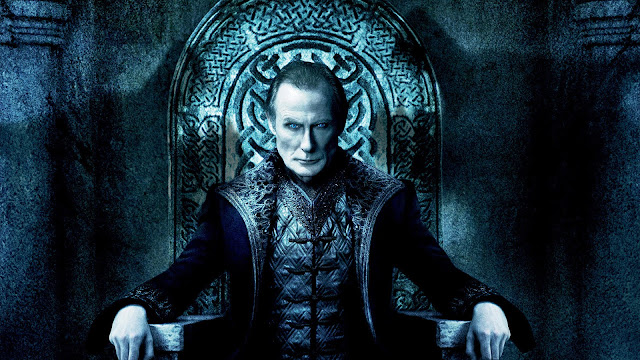 No. 14 - The Original Cylons.
They were soulless, metal, killing machines.
And that's how I liked it.
﻿ 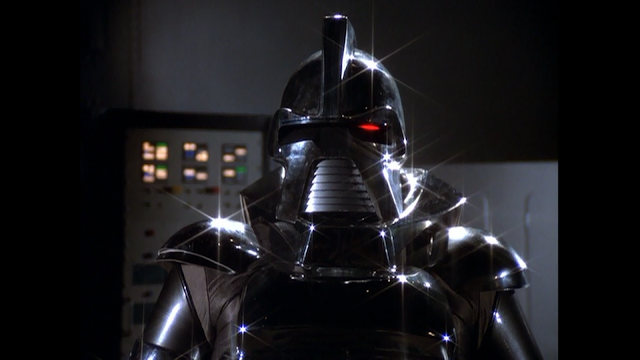 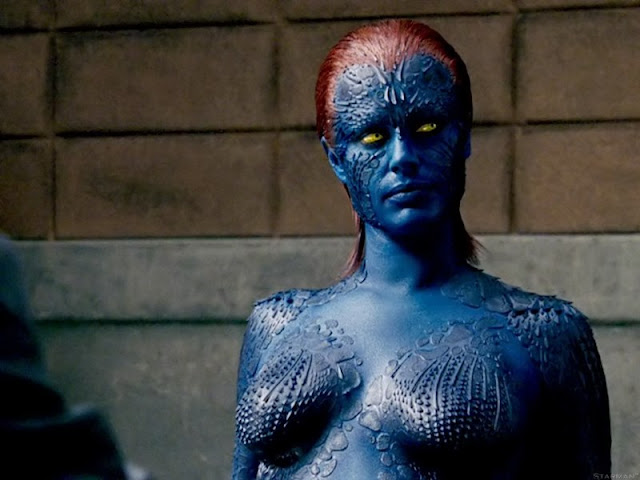 No. 11 - Head Six.
I hated the reboot of BG.  But Head Six was the right villain.
The mix of beauty and evil somehow always works and she was well portrayed.
﻿ 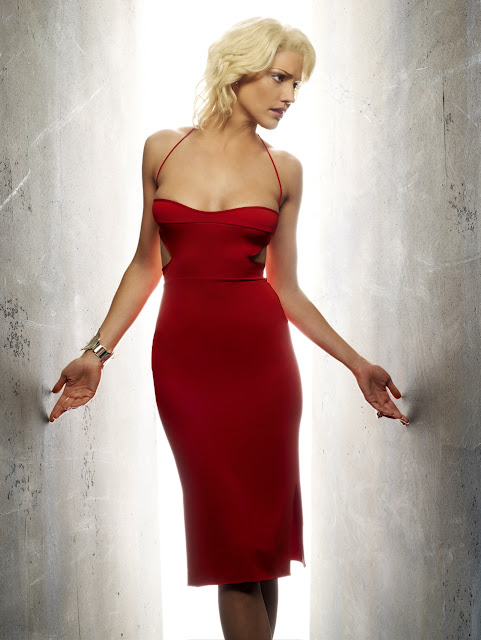 No. 10 - Pasiphae from the TV Series Atlantis.
Sarah Parish again portrayed a brilliant villainess.
Power hungry.  Ruthless.  Self absorbed.  Willing to kill a lowly soldier who failed her - by her own hand.
﻿ 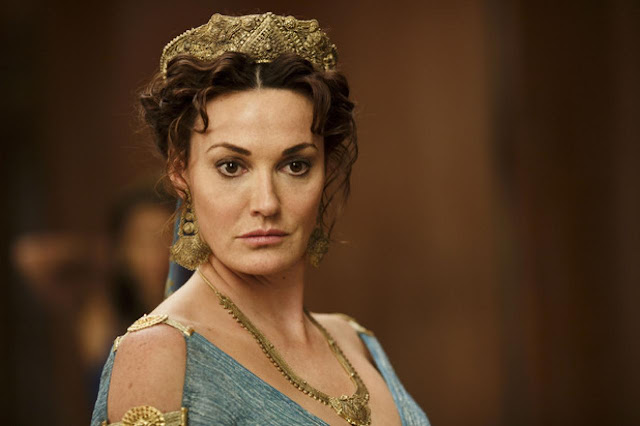 No. 9 - Diana - as portrayed by Jane Badler.
This character scared the CRAP out of me in high school.
And I loved that she deep throated a rat.  Brilliant portrayal by Ms Badler.﻿ 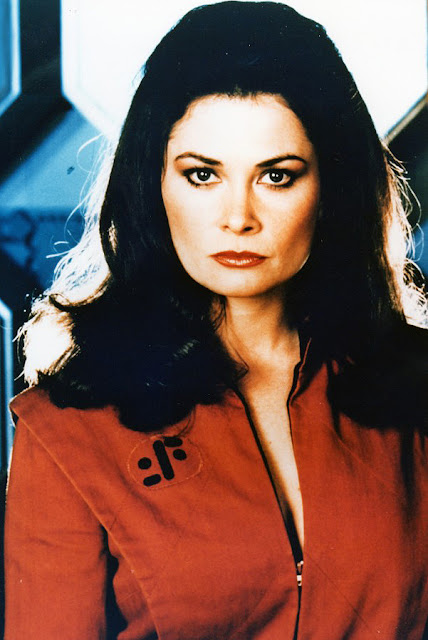 Honorable mention at this point for Morena Baccarain's portrayal of Anna.
She really nailed the ice queen type of villainess that really gets viewers energised.
﻿ 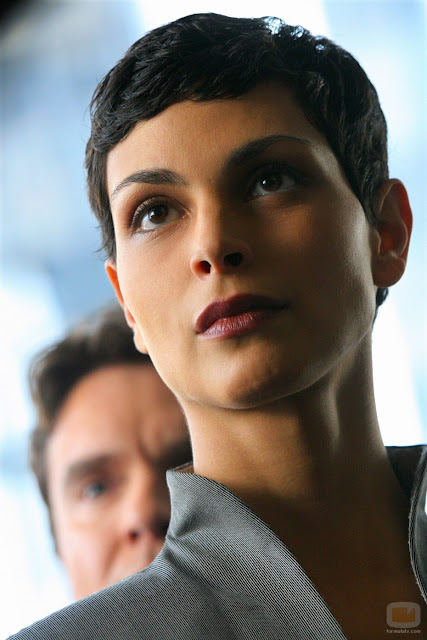 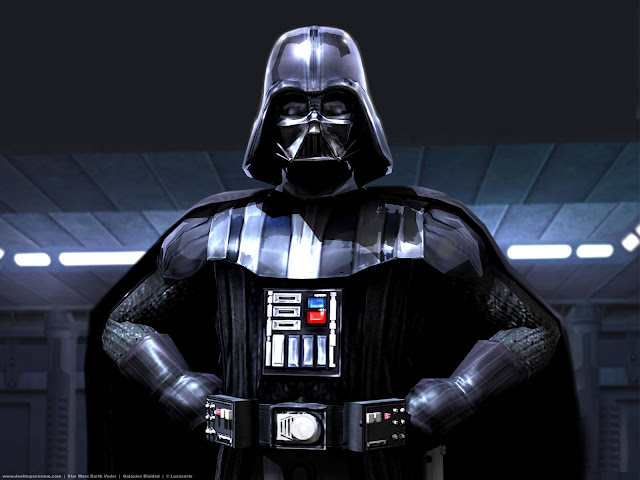 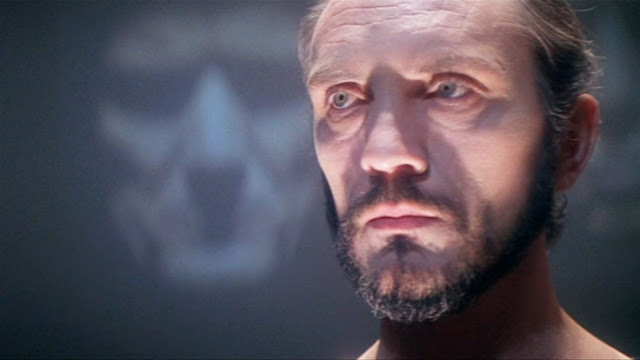 And here are my top five!

No 5 - Magneto as so deliciously portrayed by Sir Ian McKellen.
He took the role to a new high and reset the bar of how well villains were not just portrayed, but how the person behind the evil was portrayed.
Slick.  Multi-layered.  One for the ages. 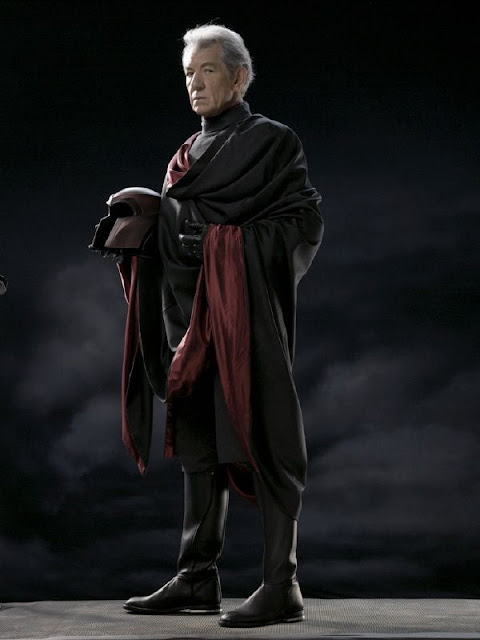 No. 4 - Loki from the Thor Movies.
Again, another bravura performance of what a real villain is.
Self-absorbed.  Amoral.  Self-crippled.  And having a lot of fun whilst doing it.
Tom Hiddleston loved this role and I loved him in it. 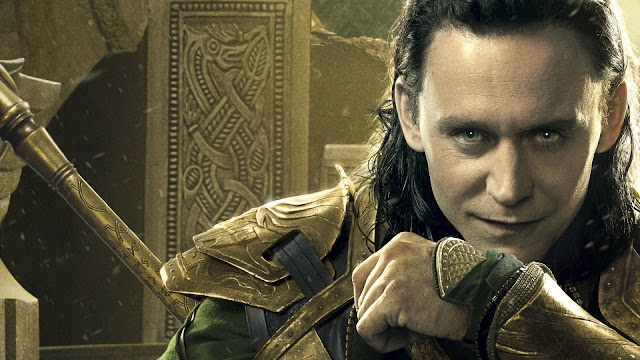 No. 3 - Khan from Star Trek : TWOK.
Ricardo Montalban must have been the only choice for this role.
He played the inhumane and wounded Prince of Genetic Mutants with such aplomb.
Montalban apparently had a ball with this role.  And you can see it.
He should have gotten an award for this.  But Hollywood does not recognise SciFi. 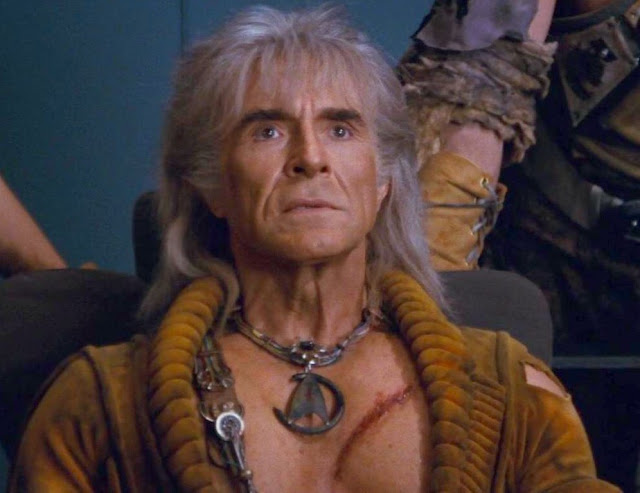 No. 2 - Thetis from the original Clash of the Titans - beautifully played by Dame Maggie Smith.
I loved the original COTT.  And the stand out of this film was the sea goddess Thetis.
A shrewish and entitled goddess who did nothing to prevent the horrors of her son, but ready to go after the lowly humans without a second thought for their vanity.
Skillfuly played by an acting icon, even at this point in her career. 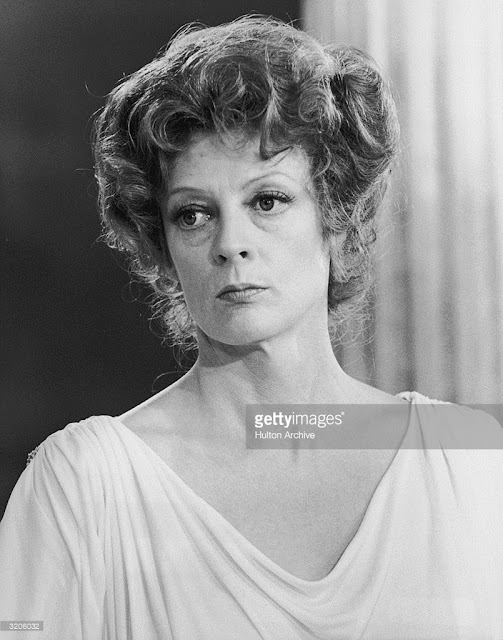 No. 1 - The Borg Queen from Star Trek.
THIS is a villain.
I could write paragraphs on how I was creeped out on MULTIPLE occasions by this amazing villain.
Alice Krige elevated this character to a point where fans became divided on the better villain - Khan or the Borg Queen.
She was seductively macabre; ruthless in her goals of perfection; and, seemingly unstoppable due to her strength of will and self titled purity of purpose.
Brilliant and disturbing. 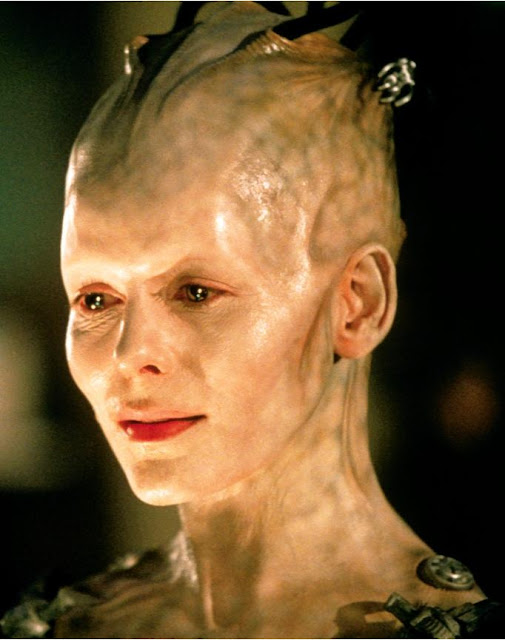 I love an anti-villain, and Q in Star Trek so wonderfully embodies the best and worst of this class of character.
He is god-like in his powers and his petulance.
He hates humanity, but is enthralled by individual humans.
He loathes the values of Picard and Janeway, yet calls on those values when in his favour.

I love Q and Tom DeLancie played him with regal pomposity and conceptuality.
Bravo. 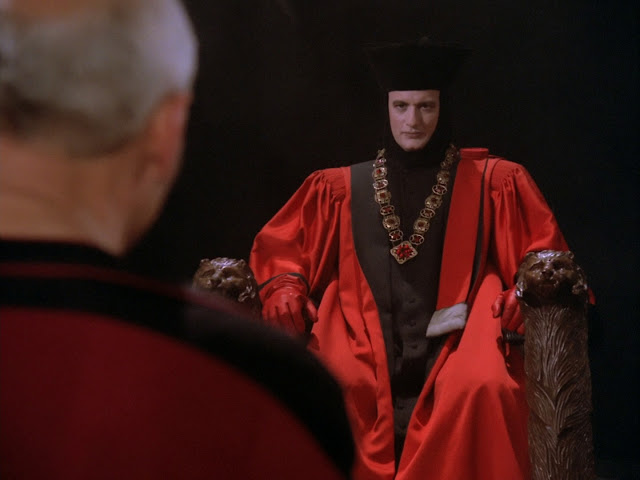 Did you know you can create short links with Shortest and make money from every visitor to your shortened urls.

From my experience the best Bitcoin exchange company is YoBit.

At Take Free Bitcoin you may recieve faucet satoshis. Up to 22 satoshis every 5 minutes.

Are you tired of searching for bitcoin faucets?
Double your claiming speed with this advanced BTC FAUCET ROTATOR.