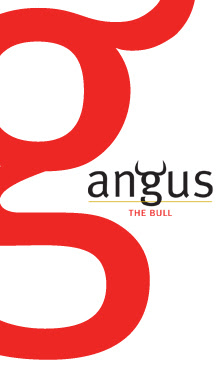 Firstly, I love cab sav - and I love Australian Wine.


91 Points. This is the sixth vintage of Hamish MacGowan’s ‘cabernet-to-drink-with-red-meat’ and it’s interesting to note that 75 percent of production is now exported. The grapes are sourced from a variety of South Australian and Victorian regions and despite myself, I’ve always been a fan of both the wine and the concept. The standard has been remarkably consistent each year too. This is probably my favourite Angus the Bull cabernet yet. It tastes dusty and blackcurranty and tannic, the finish minerally and dry. It’s a medium-bodied, chewy wine with gravely tannins and the odd violetty note - it’s all round good value, and drinking. Drink 2009-2013.


Big Red. Looking for a terrific wine to enjoy with a steak or a hamburger? The perfect partner for a barbeque? Look no further. This is a deliciously slurpable red with plenty of flavour. It's rich and powerful without being over the top. Great value for under $20.


It took just five vintages for Angus the Bull to make its mark as the wine of choice of many a red-blooded Aussie carnivore. And the release of the sixth vintage is sure to get more doing so, even though 2007 was a horror year for many makers with drought cutting fruit supplies to people like Hamish MacGowan – winemaker and founder of Angus the Bull – by over twenty per cent. To make up for it Hamish had to go "looking further afield," and ended up drawing on supplies from Victoria's and South Australia's premium Cabernet Sauvignon wine regions. The result is the 2007 Angus, a gutsy red with intense dark fruit, chocolate and vanillin flavours and gorgeous savoury oak – a wine to take by the horns. 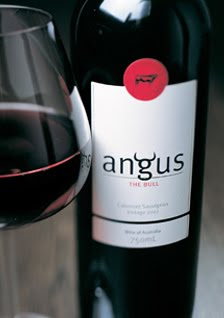 
4 1/2 Stars. Hamish MacGowan's cabernet is an interesting creation. The concept was to produce a varietal wine specifically geared to accompany prime beef and the origins of the grape material were always to be flexible. As such, the Bull is a multi regional blend of Victorian and SA fruit, each parcel carefully selected and processed to serve the end result in the winemaker's mind. I reckon the project works well and the wine shows typical black berry flavour with traces of dark chocolate and charry wood. Unlike many young cabernet, ready to drink tonight. 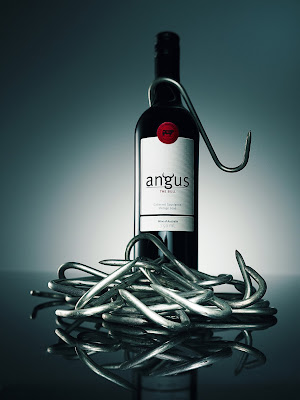 I'll have to try it - but I'm all for the label design: simple, clever and playful!

Simple Clever and Playful is the design and wine.

I think that truthfully, the "clever and playful" remark was aimed at YOU, darling and not the wine label.