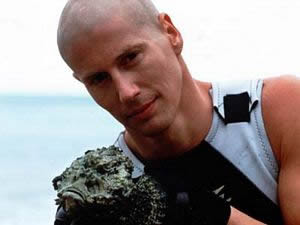 This world expert on venoms has rewritten the scientific voodoo on komodo dragons.

At age four, Bryan Fry announced he was going to make venomous snakes his career. True to his word, Fry is now a world expert on venom and spends much of his time catching and milking poisonous snakes, lizards, spiders, fish, octopuses, scorpions and jellyfish, then studying the compounds at his laboratory in Brisbane. 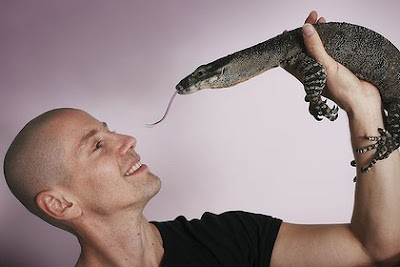 ''I have this child-like curiosity about the evolution of these animals,'' says Fry, 40, an associate professor at the University of Queensland and the head of its Venom Evolution Laboratory.

In May, Fry was presented with the Australian Academy of Science's Fenner Medal, for distinguished research in biology by a young scientist.

The medal follows a string of awards and research grants over the past 20 years for his work, which has established that snake venom is much older than previously thought and there are more than 2000 venomous snakes.

His ''eureka moment'' came in 2006, when he discovered venom in the Komodo dragon lizard. Previously, it was thought these giant lizards had toxic bacteria to infect prey they had wounded with their large serrated teeth. 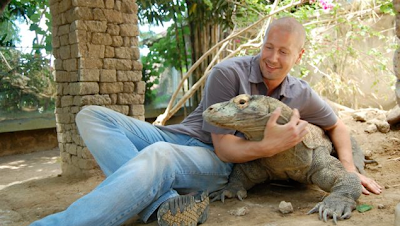 Fry's work showed the real source of the toxic bacteria was swampy water, where wounded larger prey, such as water buffalo, stood and became infected. Komodos did, however, inject venom to speed up blood loss from the wound.

''Komodo dragons are very clean animals; that stuff about bacteria never sat well with me,'' says Fry, who nominates the dragon as his favourite animal. ''But the toxic bacteria idea became the paradigm, the stock and staple of every documentary about them.''

His approach to his work conjures up images of Indiana Jones or Steve Irwin, rather than a white-coated laboratory scientist hunched over a microscope.

Fry catches and milks his own animals, then takes his samples to laboratories all over the world to test the compounds.

''My competitive advantage is that I am able to seek out entirely new venomous animals to study and thus have a complete monopoly on an area,'' says the self-confessed adrenalin junkie, who does skydiving, rock climbing and big-wave surfing in his spare time.

His hands-on ''extreme science'' has led to plenty of injuries, including 26 snake bites, 23 broken bones, 400 stitches and three concussions.

His scariest moment was being bitten by a Stephens' banded snake at Mount Nebo, near Brisbane, while he was researching his PhD. By the time tiger snake antivenom was effective, 18 hours later, Fry was bleeding out of every hole in his body.

Fry was born in the US and came to Australia in 1997 to do his biochemistry doctorate on taipan venom at the University of Queensland after completing undergraduate degrees at Portland State University in Oregon.

As to where his interest in toxins comes from, Fry points to a four-month stint in hospital when he had bacterial meningitis as a toddler, causing permanent deafness in his right ear. ''It's a daily reminder of the power of toxins and my own mortality,'' he says.

Biggest break Being offered a PhD scholarship to the University of Queensland in Paul Alewood's venom laboratory - a positive, intellectually stimulating environment.

Biggest achievement Debunking the scientific voodoo surrounding Komodo dragons and the myth of toxic bacteria. It was a combination of field observations of what was really going on with water buffalo [after they had been bitten by Komodo dragons] and then following this up with rigorous laboratory work.

Biggest regret Falling off a four-metre termite mound and breaking my back. Luckily a mate of a mate is a world-leading neurosurgeon in Beverly Hills and did a magnificent job repairing it using a procedure not done in Australia. But there were occasions where the pain was so great that I tasted madness.

Best investment All the money I poured into my education - nine years at uni.

Worst investment Many cars along the way. The worst was probably a Pajero - the false economy of buying a used car.

Attitude to money Very casual. I have all my bills on auto-pay and just glance at my bank account every now and then. As long as my balance doesn't dip below an arbitrary amount I have set, then money is pretty much the last thing on my mind.

Personal philosophy Pillage before you burn. And follow your passion, do what makes you happy. I use my passion as my fuel. 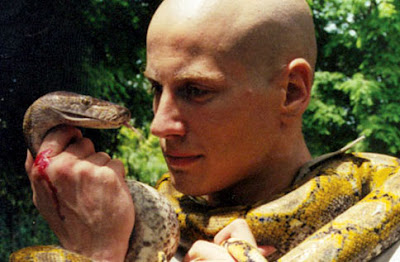 You Aussies are a special breed.

Great article Damien. Beauty and a great mind. That's quite a package.