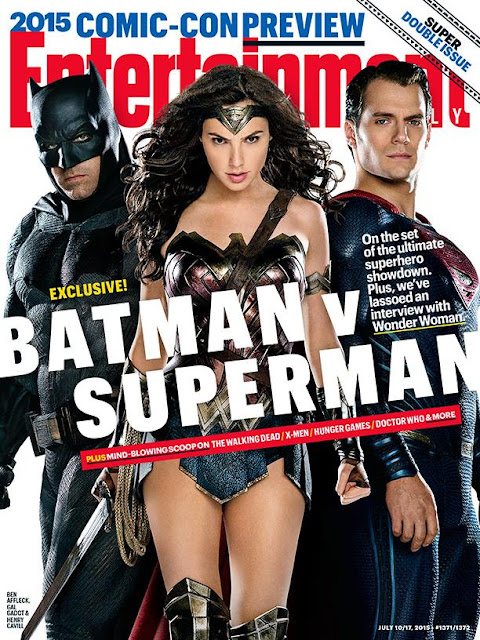 So here is my 2 Cents Worth on the above promotional image.

I love Mr Cavill as Superman.  And I like the costume.

I am actually liking the gritty look of Affleck's Batman.  I think this is an interesting reimagining.

But NOTHING is right with Gadot's Wonder Woman.  And here is the thing.....

It's not her fault.  Though I would have hoped that maybe she could have objected like some actors would...

I think I need a cup of tea and a good lay down now.

Labels: My 2 Cents Worth, Wonder Woman

Ben is the drunken alley fuck you have.

Poor Gal. They are going to ruin her career with this.