....by throwing them off a building.  And yes, I am including the pics.

The world is doing NOTHING about this.  NOTHING.

Two men were killed in a way as to maximise their fear and to KNOW that they were going to die in moments.  *IF* they were lucky, they had a heart attack and went unconscious from shock on the way down. 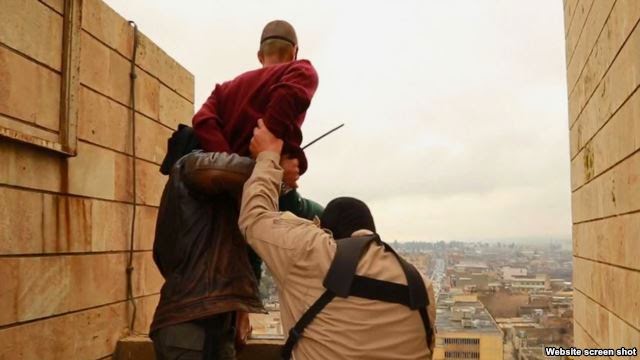 Where are the protests over this? 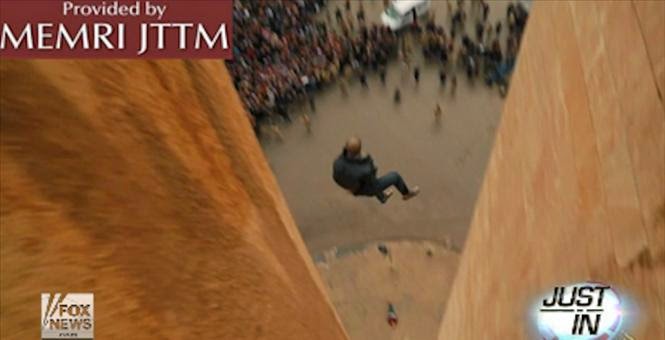 Where is the RAGE over this? 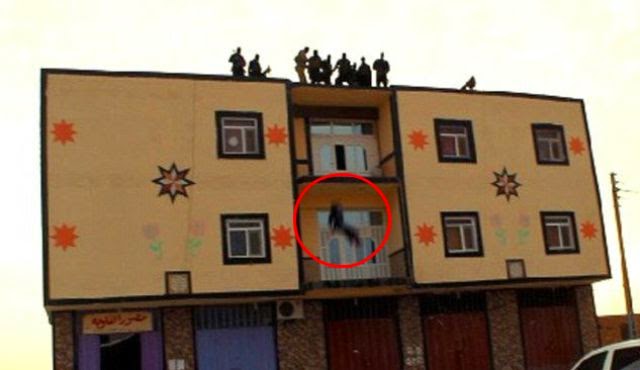 Where are the mass mailings to our Congressional / Parliamentary members? 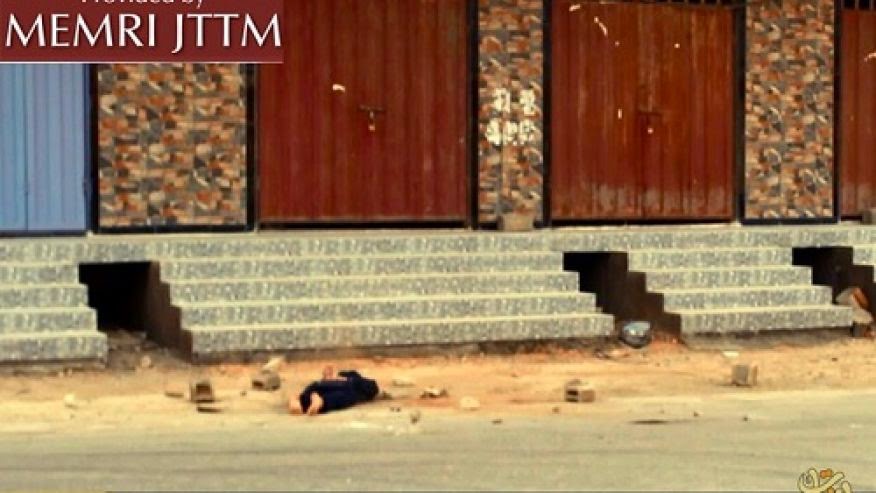 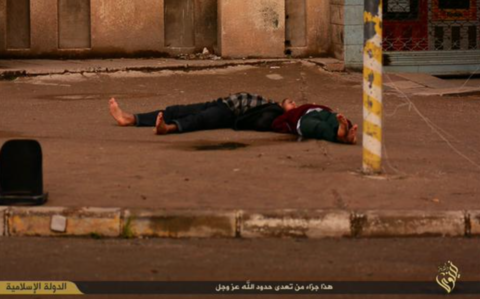 Oh wait - I understand why there is no uproar about this, it's in the Middle East but doesn't imperil our oil supply.  Also, because it's happening to MUSLIM GAY MEN the Christian Right and Far Right are secretly popping bottles of champagne.  We should be disgusted.

If it was up to me - and ISIS is lucky it isn't - I would have a dozen Mossad wet teams available to me and I would deploy them to these countries and every time a gay man or a woman was beaten, tortured or killed, I would have a dozen of their male relatives who agreed with the beating to be tortured slowly in the most abhorrent way I could imagine - then plunge the knife into their throat.  Give me the knife and I'll do it myself.

We are ignoring the wanton slaughter of people simply because it is not happening in our backyards.

So what should we do?

We should do what we do whenever there is mass injustice in the world.  We should lock and load.  We should invade.  And quite frankly, we should wipe them from the earth.  How can I say this as a man of deep faith?  Easy.  6 million people of my faith, along with an estimated 500,000 people of my sexuality, and a further 4 million gypsies and "undesirables" were killed in the most abhorrent of ways during WWII.  Not to mention the millions of soldiers who laid down their lives for us all.

If you think we have learnt anything since then, you are either an idiot or just plain ignorant.  We have clearly learnt nothing.  We do nothing.  We do it because it is easy to turn away from the TV or just turn it off.  And we are desperately scared of World War III.  Wake up.  It will happen for some reason, it is just about timing and a good enough reason.

How long must we wait whilst so many thousands of people die because society doesn't mind that it is not happening in our backyard?

I have just messaged the Australian Foreign Minister asking why she has not made a full and frank statement about this.

Message yours.  And your Member.  And your Congressman.  And any elected official you can.

If not, we are all silent accessories to a crisis that we can ignore by simply changing the channel.

Damien, I am also so shocked that there has been such little media coverage of this barbarian act.
I applaud you for your having the guts to post this and the photos.

Unfortunately there are far too many countries in the world where homosexual activity is criminalized and gays are hanged or lashed or arrested or....

I agree with CB. This kind of thing happens without attention paid to it in Saudi Arabia and Brunei. Beheadings, hangings, stoning.

It is 'funny' that when a country is rich, things get overlooked or shadowed.

So disturbing. I second QH, I applaud you as well.

Did you know that you can shorten your links with Shortest and earn cash from every visit to your shortened links.